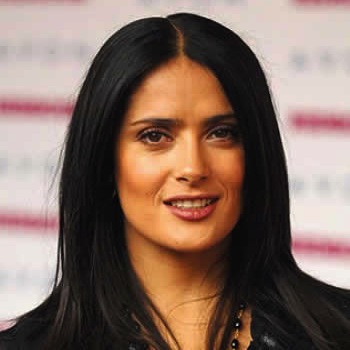 One of the #MeToo movement’s most prominent supporters, Salma Hayek, locked arms with fellow movie industry women at the Cannes Film Festival recently and once again lent her voice to the cause. She filled reporters in on the positive changes she has seen in recent months, but also what needs to be done to keep the momentum going to make real change in Hollywood.

The Washington Post reports about Salma Hayek’s updates on the #MeToo movement and what she thinks it will take for women in the industry to some day see real equality. In a show of solidarity and protest, 82 actresses, directors and producers locked arms on the steps of the Palais des Festivals at the Cannes Film Festival to symbolize the mere 82 female directors that have walked those same steps since Cannes began in 1946. Cate Blanchett, the president of the festival’s jury, pointed out that “In the same period, 1,688 male directors have climbed these very same stairs.” She adds, “The prestigious Palme d’Or has been bestowed upon 71 male directors, too numerous to mention by name, but only two female directors.”

There was a little more hope than usual for women this year at Cannes, with three of the 18 films coming from female filmmakers - the highest number in seven years. Obviously, there is stll work to do but actress, producer and director Salma Hayek says she is seeing the changes every day. This year, Hayek (who was also one of the many who accused Harey Weinstein on sexual misconduct) sold 4 shows about women to television outlets and and in the midst of developing five movies all about women. The 51 year old Mexican-born actress says, “Change has already happened.” She adds, “Maybe you don’t see the difference in the numbers, but it just happened this year. It worked. And I think we should enjoy it.“ She even admitted, “I can’t find enough female writers and directors. They’re all busy.”

Hayek explains that the gender pay gap is still far lagging behind and something that those in the industry need to get more agressive about. She believes going forward, male actors need to get involved too and possibly even take pay cuts in order to close the pay gap. She explains, “It’s not just the producers. The actors have to say, ‘Okay, time’s up. I’ve had a good run, but it’s time to also be generous.”

What do you think of Salma Hayek’s updates about the #MeToo movement and the current direction of Hollywood?

Do you think more men in Hollywood should take pay cuts in order to close the gender pay gap?